Hardboiled Detectives and a Visit to Halloween Town. Two Proofs of the Worth of the Self-Publishing Scene 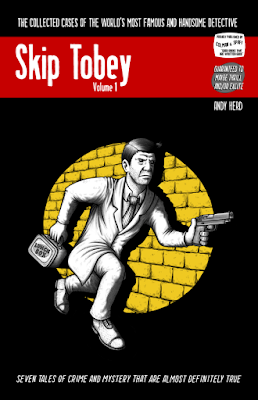 Andy Herd is a cartoonist from Fife who now lives in Dundee.    He works entirely digitally, drawing on an Ipad and publishing his work on the excellent Pandyland website.

Mixing short comic stories that cover a few pages with newspaper strip style gags, and moving from colour to black and white this is an excellent web-comic that deserves to be better known.   I was particularly taken with one story, a wordless and really quite touching tale "Light of my Life", which also appeared on the Electric Lit web-page.   After my first reading I did wonder if Andy was a fan of Lewis Trondheim who I mentioned in my last posting, Light of my Life has many of the hallmarks of Trondheim's excellent A.L.I.E.N. book but enough unique touches of its own to be individual.

A quick flick through the strips on the web-page will reveal Tintin pastiches, gag strips, some of which made me laugh out loud - watch out for the one with the frog with a desk job - and some rather brutal woodland adventures.

But Pandyland is interesting not just for the excellent current work, but because you can look back over Andy's development as a comics artist.  Early strips are rudimentary and functional and look to be little more than experiments, getting used to the technology perhaps.  But as time goes on everything gets better.    The art, the writing, the ideas.  It’s fascinating to see someone stretch themselves, gain more and more experience and understanding of what makes comics work and then put that into practice.  Its rare that a creator lets us see this development and this is one of the best aspects of the site.

Andy's main repeating character is Skip Tobey, a hardboiled police detective who investigates the most unusual of murder cases.  In a collected edition of Skip's first seven adventures, published, according to the cover at least, by Colman and Spaff, he tackles cases on the International Space Station, encounters cyber-hackers and solves a time-travel based crime before it happens, or after it hasn't.  Something like that.   He has filled the spare pages of the comic with advertisements, a cookery spot and one of the best "how to draw" pages I've ever seen and somehow this material does not feel like filler, its all funny and it all adds to the overall package.  Black and White throughout, the art has the look of some of those books Fantagraphics used to publish by Drew Friedman.   The ones you suspect nobody actually liked but nodded their heads sagely and claimed they were artistic as they regretted not buying an EC reprint or a Carl Barks' Disney comic, or maybe that was just me.

Andy brings real humour and pace to the stories, there are no double page spreads, or giant action panels, this is a gag strip with a lot of small images on each page and the claustrophobia of the art works perfectly with the denseness of the jokes.  Often humour comics are parodies, which merely exaggerate the various foibles of the target of the satire.  Most of those are not really funny.  Skip Tobey has more than that, it has the parody aspect but it also has proper jokes.  One of the best self-published humour comics I've seen for a while.

Many thanks to Andy for sending me a copy of his comic, I'd be fairly sure than most readers of Splank! would enjoy both the Pandyland web site and the Skip Tobey comic available here for £5. 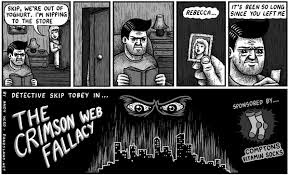 Pandyland is now on my daily read list and I suspect Andy will be added to my list of must-reads as far as future self-published comics goes. 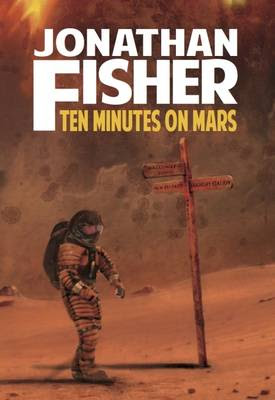 Jonathan Fisher from Lisburn in Northern Ireland is a 2000AD fan, or at least that's how I've known him until recently.   But he is also the author of two books.  The first, August Always, published five years ago and available from Amazon, is an account of his life, much of it telling a story familiar to many of us in Northern Ireland.  Jonathan writes about what it was like to grow up in the bizarre, abnormal, normalcy of Northern Ireland during the troubles. Accepting daily challenges that would have seemed oppressive to anyone not used to them.  He writes about his passion for comics, of his friends and of his occasionally wicked sense of humour.

The book would be an entertaining, and enlightening memoir of life during the troubles if that was all it was, but it isn't.  The later portion of the book is a remarkably honest and moving account of Jonathan's struggles with Addison's disease, a disease which continues to limit him physically, but has little or no effect on the range of his imagination.

Which brings me to "Ten Minutes on Mars", this is Jonathan's second book.  A collection of short stories set in and around the environs of Halloween Town.  Halloween Town is a place we all know, but cannot quite manage to see except in the hours of our darkest contemplation.  It’s there in all of our home towns, an underworld, where bright lights have a sickly yellow glow and shops you would never enter because they serve only the Zombie community.  This is a real place seen through a mirror less friendly than the one Alice passed through.  This is Jonathan's creation and it’s filled with horror and honesty, and I suspect

The stories are told with a love of language and an imagination that obviously belongs to the guy with the wicked sense of humour we met in his first book.  Two stories stand out for me.  "The Long Day and Night of John Callisto" in which we meet one of a number of fictionalised versions of Jonathan himself.  Honest and moving, it was worth the price of admission alone.  The title story of the collection, "Ten Minutes on Mars" was another highlight, a story of terraforming and struggle and with allusions to either Greek mythology or Dungeons and Dragons, I was not sure which.

It’s impossible to look at any work of art without taking into account the circumstances of its creation.  So much of Jonathan's life and his personality come through in these stories.  There is strength and honesty and a spark of something admirable.  At the book's launch in Lisburn on the 17th November, Dr Robert Crone read his view of his pupil and the book.   He summed up both with his final sentence and I can do no better than to steal it.

This fine selection of short stories is testimony to and evidence of a Promethean spirit that continues to be an inspiration to all of us.

Jonathan, wrote, published and publicised this book himself. Jonathan is working on having the book made available through Amazon in the New Year but for the moment you can get a copy by contacting him through Facebook and sending your name and address.  As and when it becomes available via Amazon I'll update this page with further details.