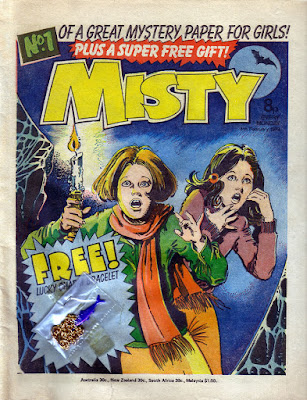 Battle, Action and 2000AD were comics which revolutionised the UK market in the seventies.  They finally offered boys* what they wanted, something grittier and with more attitude than the titles that had come before.  All three were the creations, at least initially, of Pat Mills and John Wagner.

On quitting the editorship of 2000AD Mills was also involved in the development of a similar title for the girls market.  A horror comic for the fairer sex called Misty in which he intended to “use my 2000AD approach on a girls’ comic: big visuals and longer, more sophisticated stories”.

As a result of a disagreement with IPC management over profit sharing, or lack thereof, his involvement in the title was not as hands on as with Battle, Action and 2000AD but he finally agreed to become consulting editor for the new title.  Misty was never quite the comic that Mills had envisaged.

“The stories were not as hard-hitting as I would have liked them to be and some punches were pulled” he said in a blog post in 2012.  Mills would have preferred fewer of the short stories and more serials and felt that without his hand firmly at the tiller some old-school thinking had “started to creep back in”.

But Misty was still an excellent comic.  The artwork, like all British comics of the time, varied in quality but could be stunningly good.  The title lasted two years, beginning in Jan 1978 and there were just 101 weekly issues before it merged with Tammy at the beginning of 1980.  Tammy would continue some of the strips from Misty, most notably “The Black Widow”, but the title refused to be forgotten.  There was a summer special in 1980 and annuals were produced for the Christmas market until 1986.  That same year an eight issue monthly, Best of Misty, was published and a new generation of girls were exposed to the Misty experience.

What is most interesting is how fondly Misty is remembered, mentioned my interest in comics to my female friends usually results in foot shuffling and mumbling, but quite often the conversation will include a short sequence in which I’ll be told, “I loved Misty!”.  It seems to be the girls’ comics that had the biggest impact.   I asked a couple of these friends to note down their thoughts and memories of the comic which show how big an impact Misty had on at least some of its readers.

Laura Bradley is first, Laura is a former work colleague and read the initial run of Misty from 1978 while far, far too young.  She is an occasional writer of vivid and visceral short stories and should be writing far more often! 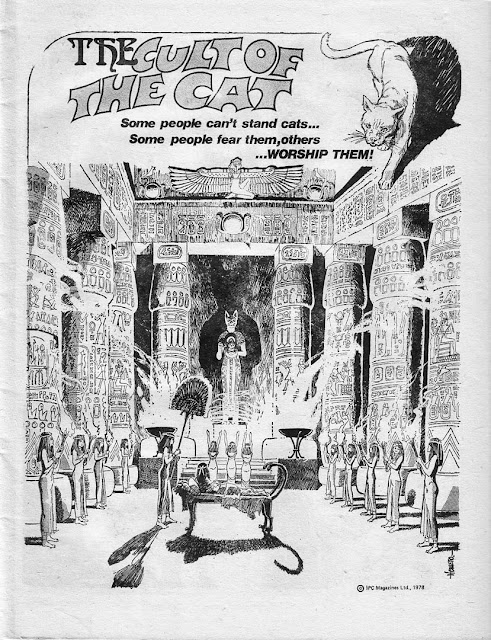 I wasn't very good at being a girl. I hated dresses and ponies and dolls. Due to my mothers’ over-application of religion I was also obsessed with the supernatural, Dante’s various infernos and my own mortality. Which given I was 10 made me a bit of an odd fish.


I don't remember our first encounter, my aunt worked in the corner newsagents so I'm thinking I probably found it on a shelf tucked away between issues of Warlord and Commando. All alone and a bit lost, much like myself. We hit if off immediately and soon were a regular item. Every Wednesday I would pick up my pre-ordered copy.  My Aunt always wrote my name beautifully in the top left hand corner to secure it, in case there was a sudden rush, which was, to be fair, unlikely.


I would curl up somewhere quiet with my bar of Milk tray (yes bar, complete with the ever popular Lime barrel) and get lost in all manner of darkness. I still remember so many of the stories. If, on pain of death, I had to choose then these have to be the top three. 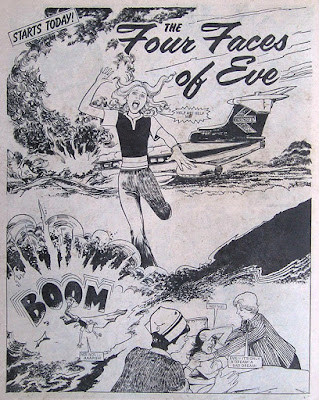 The Cult of the Cat mainlined straight into my 'unpleasant bits of history' obsession. I was the thin pale kid who actually went to the library by choice to find books on mummification. The crochet needle winkling a corpse's brain out of his or her nose was just too exciting.   In it a girls’ affinity with cats ends up with her becoming an Egyptian high priestess of Bast, as you do.  I'm sure there is some postmodern reading about female empowerment etc. etc. But when I was 10 it was just fab


The Four faces of Eve was much creepier, a girl sown together by more evil adults out of the assembled body parts of 4 different girls. I'm sure there is a PhD in woman's studies lurking in that one, women being constructed by male dominated society etc. etc. But again I just thought it was fab.


And, leaving the very best until last, Moonchild. This was basically Carrie for young girls, bullying, angst, evil adults, revenge fantasy and a cool birthmark. Heady stuff. Again I almost taste the Freudian interpretation here but I just thought it was incredibly cool. Still do.


I really wish it was still going so my daughter could read it, or indeed my son because although it was forged in the gender centric seventies it was just so good that boys read it too. Granted it was usually their sisters’ copy that they read in private.   Only looking back now do I actually fully appreciate the fantastic artwork and story-telling. I had nearly every copy not to mention the annuals and summer specials, with accompanying free gifts. Usually a piece of tacky jewellery as the publishers only nod to traditional female baubles. 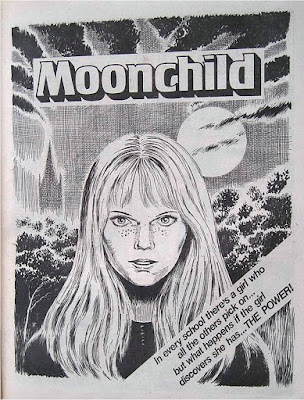 Nearly every cover featured a very pouty and looking back frankly sexual Kate Bush lookalike (who I was also obsessed with), actually maybe that's explained some of the keener boy fans.


In fact if it was still going now I'd still be reading it. As reading material goes Misty was my first love and you never forget the first one. It told me it was ok to be a bit of a Goth before the concept even existed, and being the outsider was far cooler and more interesting than I had previously thought.


Twinkle be damned, the only puppies you would find in Misty would be guarding the gates to hell, the only midnight boarding school feasts were probably cannibalistic and any dolls were, entirely without exception, possessed by demons.

Patricia Hamilton most likely discovered Misty through the eighties ‘Best of' monthlies or through finding annuals and back issues at school sales.   She is a former Roller Derby player, so I have to be nice to her.

I started reading Misty when I was about 10. I remember being drawn to the beautiful artwork and general spooky girl feel. The other fluffier girl comics didn't really interest me and all the girls in them were too goody-goody for my taste. Misty, on the other hand, hit you between the eyes.  It was the go-to purchase if I felt like spending any of my money on a comic.


The stories always seemed to open quite innocently however by the end the content was sending chills up your spine right to the top of your head. I was terrified of them but I kept going back. The protagonist of one story that I will never forget was a vain mean girl. She was gorgeous but a horrid person. One night she learnt that there was a beauty contest on in the village. Lights were on in one of the houses and voices could be heard, so she made her way there. Affronted that she had not been told about the contest and confident that she would win, she barged in boasting that she should be the winner. The room was full of people in a dimly lit hall. As the lights went up, she realised to her horror that everyone there was horribly malformed.  Before she could leave they surrounded her and began to tear at her face and body, "Stay and we will make you as beautiful as we are!”


That was when my summer-special edition of Misty had to go in the bin. With the lid on. Tight.

Pat Mills remains convinced that if he had been allowed to guide Misty in the way he guided the
early days of 2000AD that it would have been a great success and may even have been going today.  He might well be right.  Given time and the right direction Misty might have changed from being a Girls' comic to being a horror title than anyone would be happy to read.   It seems to have held a place in the memory of many of its original readers, perhaps the secret was that Misty did not publish stories for girls, it published stories about girls.  Good stories.

I’ve yet to find the story that Patricia mentioned, but some details on the stories Laura picked out.

No information yet on the writer on “The Cult of the Cat”, but the art, including the spectacular splash page in issue 1, was by a Catalonian artist, Jaume Rumeu.  In the Franco era in Spain it was forbidden to use Catalonian surnames so he used the names “H. Romeu” or “Honeria Romeu”, it was only in very late seventies or early eighties that he appears to have used his real name.

Four Faces of Eve was written by Malcolm Shaw with art by Brian Delaney.  Shaw and Mills had worked together before on the creation of Jinty and Shaw had written some early Judge Dredd strips.  He died in 1984 at the age of 38.

Moonchild was written by Pat Mills with art by one of the top artists for girls’ comics at the time, John Armstrong.  It has very recently been reprinted by Rebellion, the company which owns 2000AD in a book simply entitled Misty.

Shaw and Mills had worked together before on the creation of Jinty and Shaw had written some early Judge Dredd strips.  Shaw died in 1984 at the age of 38.

There is a lot of information on Misty out there.  Take a look at these links.

An excellent Jinty web-page which covers Misty as well.

*At IPC comics were divided very firmly between Boys and Girls titles with a separate section for the humour comics that management allowed that kids of both sexes might read.
Posted by Ocadpete at 05:54